Leader in intelligent transportation systems (ITS)

Grimard has developed extensive expertise in implementing leading-edge ITS technology, particularly for expressway and urban-traffic monitoring and management. Intelligent transportation systems help to optimize transportation infrastructure and improve road safety, and they are perfectly in line with sustainable and eco-responsible development. ITS are part of the mobility plans of many cities and public organizations.

We have been involved in a number of major projects, including the conversion of a former segment of the Bonaventure expressway into an urban boulevard, Transports Québec’s Integrated Traffic Management Centre, and the design and construction of the Turcot interchange.

Because our multidisciplinary teams offer many associated services, we can provide turnkey solutions for a project’s construction, civil engineering, road signage, electrical installations and technological integration.

We offer a vast array of technological solutions for any intelligent transportation system  implementation project. Here are some of the most common forms of technology used in large-scale integrated projects: video-surveillance systems, variable message signs, travel time systems, vehicle detection and classification systems and automated incident detection (AID) that use cameras and central control stations. Our custom ITS solutions are extensive and include multiple forms of technology.

We have the expertise to analyze your needs and submit a quote in line with your budget forecasts, while complying with the industry’s highest quality standards. We offer solutions certified by recognized manufacturers, so you are sure to obtain maximized performance.

Variable message signs are used to give road users information in real time about traffic conditions, accidents, weather and more. For instance, in the Bonaventure project, VMS, which are linked to the incident detection system, display traffic conditions at the exit of one segment of the tunnel.

Knowing the travel time for a given distance allows municipalities and governments to greatly improve the road network’s efficiency. This is an important component of traffic management systems.

Thanks to Bluetooth and Wi-Fi, our innovative technologies can precisely measure travel times for all modes of transportation, including vehicles, walking and cycling. This information not only makes it possible to optimally manage and operate transportation networks, but it also helps optimize services for users, such as public transit.

For the new Turcot interchange, we put in place a system of wireless and Bluetooth sensors, paired with a network of HD cameras, to keep Transport Québec apprised of the traffic situation in real time.

These systems are used to categorize vehicles (heavy trucks, medium-heavy trucks, light vehicles) travelling along a pre-set axis, be it an expressway, a boulevard, a parking lot or other. The data gathered helps optimize road infrastructure and maximize the efficiency of bridges and toll roads.

For example, at the Turcot interchange, we installed sensors on the access roads to the expressway to measure and classify the types of vehicles using the various ramps.

When traffic incidents occur, this technology considerably reduces reaction times, for instance by alerting emergency responders, closing off access or detouring traffic, or posting alerts on variable message signs, in order to prevent major traffic jams and secondary accidents. Thanks to their highly sophisticated cameras and image analyzers, these innovative solutions make it possible to react in mere seconds when a road, bridge or tunnel is affected by an incident. The reaction time for traditional cameras is 5 to 10 times greater.

During the finalization of the implementation of the intelligent transportation system (ITS) and traffic-light system for the Bonaventure project, an AID system was required to allow efficient and automatic management of ramp C, exit 5, of the Ville-Marie tunnel in the direction heading toward the intersection of William and Nazareth.

This system detects congestion by identifying the zone(s) affected by congestion over a distance of about 600 metres. The system also detects various incidents, such as stalled vehicles, pedestrians or bicycles on the road, vehicles driving the wrong way, fallen objects on the curb, smoke (early sign of fire), deterioration in a camera’s image quality, change in a camera’s position or breakdowns in communication with the detection system. When these are detected, they are communicated to the Ville-Marie tunnel’s SCADA system and to the Centre de gestion de la mobilité urbaine (CGMU).

Grimard’s expertise at integrating various detection and HMI display systems makes it a valued partner for this type of project.

In 2012, Grimard helped redesign Transports Québec’s control centre in Montréal. This control centre, which manages more than 500 cameras throughout the Greater Montréal area, is the nerve centre for coordinating traffic interventions. While keeping the services operational, Grimard demolished the existing control centre and built a new one that meets the latest industry standards. Grimard’s know-how in coordinating the work contributed to this project’s success while minimizing disruption for Transports Québec’s employees and operations. 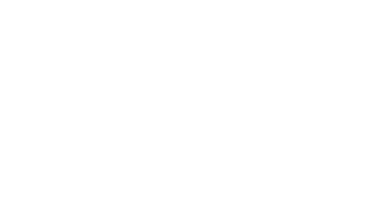 During the conversion of a former segment of the Bonaventure expressway into an urban boulevard, the City was able to benefit from Grimard's expertise in intelligent transportation systems and [...]

For 75 years, Grimard has been carrying out prestigious projects, becoming a leader for efficient electrical and telecommunication solutions. Grimard is also a major manufacturer of low- and medium-voltage switchgear, E-houses and more.